This reminds me. We have an ongoing logo discussion with several proposed options: https://github.com/rust-secure-code/wg/issues/1
Please chip in whether you like or dislike certain options and why.

I still want to make one or two more entries. Maybe this weekend

@Tony Arcieri any word on those logo entries you mentioned? We might do official WG comms in a couple of weeks, it would be nice to have a logo by that time.

I can attempt a few more logo submissions. I had some ideas

I was thinking of trying to play off of this, except Ferris http://leftoversalad.com/c/015_programmingpeople/PPrust.png 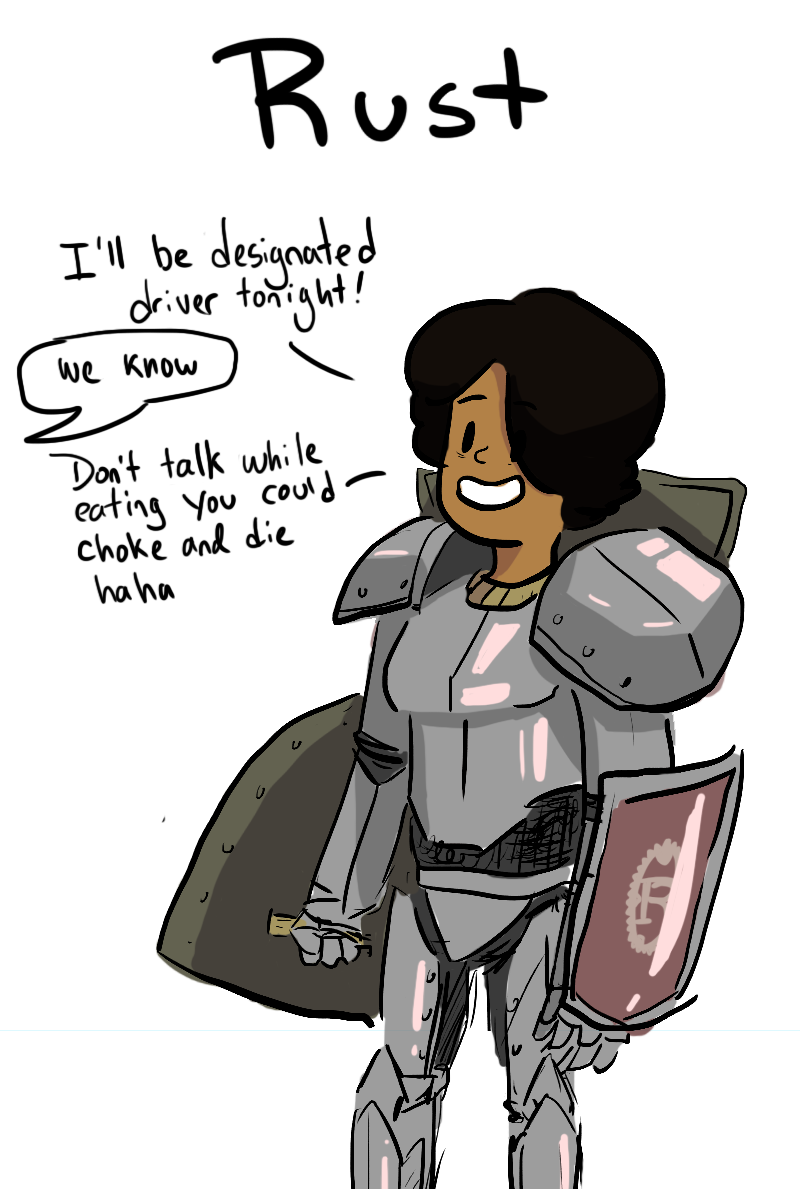 like Ferris in a suit of armor, but still a crab. A metal crab 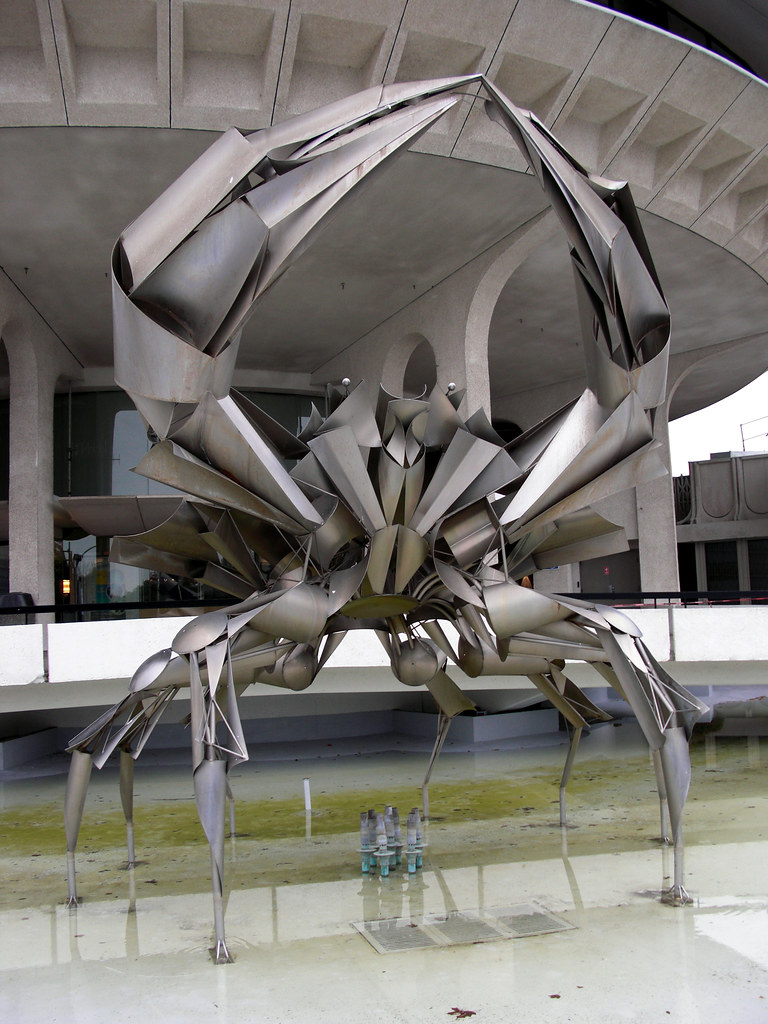 apparently those things below it are fountain jets that spray it in the crabface with water https://www.theglobeandmail.com/resizer/ctk1lQMY3PF6aEfeT3fb2efFtS4=/1200x0/filters:quality(80)/arc-anglerfish-tgam-prod-tgam.s3.amazonaws.com/public/TCVLST7TKRBRDKT4WC3DFZ6VLI

Armor sounds kind of cool. But I think the thing with Ferris as a mascot as opposed to the official logo is that it's friendly and cute, and I feel a shell would be more in line with that. Armor feels somewhat militaristic to me.

I'd leave armor and shields to more serious, somber projects such as RustSec. For WG logo I'd rather have something welcoming and cheery.

RustFest Rome talk recordings have a Ferris in a roman helmet on the splash screen: https://www.youtube.com/watch?v=kGj-Fxg5txQ

@Shnatsel alright, I think this is my "final" logo entry https://github.com/rust-secure-code/wg/issues/1#issuecomment-447682645

Interesting, making a different crab is not something that's occurred to me. Although it kind of makes me think "Rust-related external tool or dialect" rather than "WG focused on Rust itself". I'll try out a design with Ferris and post it to the thread.

Ferris isn't really shaped right to be a hermit crab

Yeah, that's true. I still want to try though. Ferris is so iconic.

A plushie of Ferris is on its way to me and I'm totally not biased, not even a little bit :)

haha, I too have a Ferris plushie :wink:

I also want to try circular gradients on the shell

Okay, here's the general direction I'm headed in for the logo: Screenshot-from-2018-12-23-17.16.49.png
Gonna add spikes further up the spiral as well and polish the placement of these ones. Critique is very welcome

shell color is a placeholder, please disregard it for now

I've been staring at it for an hour and can no longer tell if it's good or not, so even feedback that literally says "looks meh" would be helpful

Turns out this totally doesn't work in 64px size and is rather imbalanced visually when put in a square frame, so I'll redraw the spiral from scratch. Inkscape's "icon preview" is such a useful feature

My apologies for slow feedback. I've been back home with family for end of year.

I like the gradient of crab but agree that the shell may be too detailed at low resolutions.

Screenshot-from-2018-12-24-19.39.19-cleanup.png another shell iteration. No longer wildly imbalanced visually. Looks good at 64px but too plain otherwise. I'll try with the spikes.

these are still kinda rough, each concept can be done better, I just need to pick one direction to explore first

I'm leaning towards the left one, it's the most Ferris-y

the rightmost one kinda looks like a turban... the center and left both look more like a shell

I like center most because of the spikes. It feels more proactive

the center one looks really busy to me, especially since Ferris's source design is flat

The center one feels rather unfriendly. I think the point of Ferris is that it's friendly and cute, otherwise we'd just stick to the official logo.

@Zach Reizner you have nothing to apologize for, nobody is expected to monitor a community chat 24/7, especially on holidays. And that was pretty fast feedback actually

Screenshot-from-2019-01-06-21.36.06.png
I'm still not happy about the tip of the shell, but I feel the basic shape is coming together. But it's entirely possible that I'll wake up tomorrow and decide that both of these are terrible

Actually, scratch that, I'm going to decide that both of these are terrible right now

I'd say it evokes this for me, but upon actually looking at it, maybe I'm just crazy https://cdn.getyourguide.com/img/tour_img-823003-148.jpg

maybe what I was actually thinking of was https://i.imgur.com/R2gIBZk.jpg 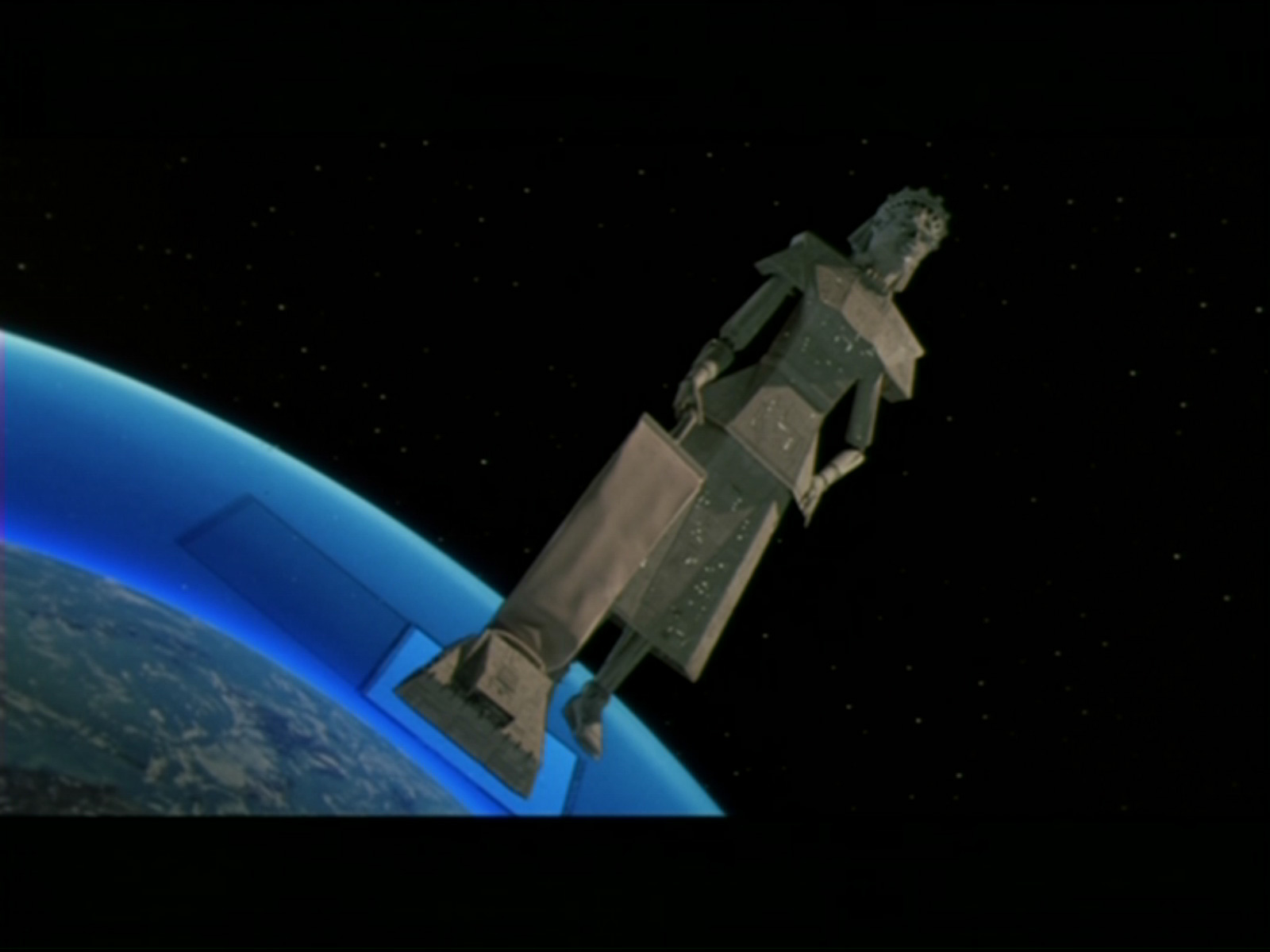 Hmm. Does anyone else feel that way?

Screenshot-from-2019-01-13-22.56.35.png
I could improve this indefinitely, but due to the impending deadline I'm ready to proclaim the one on the left my final proposal.

@Joshua Liebow-Feeser any word on the results of community voting on the logo?

is there an "official" poll where people can vote?

@Shnatsel Sorry, it totally slipped off my radar. Do you have a list of which entries you'd like to be in that poll? Maybe just a list of image URLs? I can post the poll during Pacific Time tomorrow. 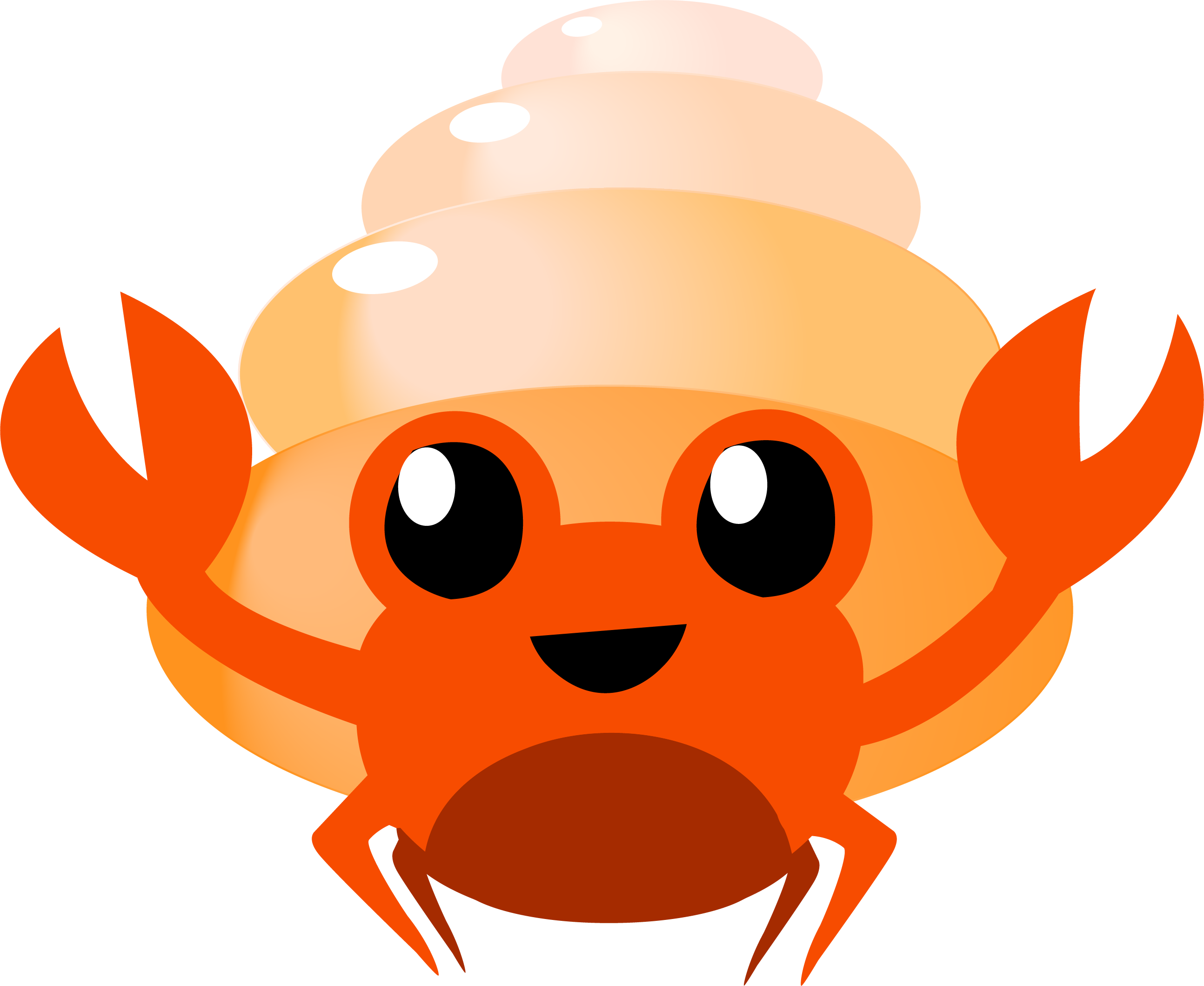 @Tony Arcieri I already did that a while ago; I just never followed up with a poll afterwards lol

My question is simpler - what is the set of image URLs that we'd like to be in the running? Since you and Shnatsel have been more involved in the logo process, I figured I'd let you make that call.

If you give me a list of which URLs you'd like to have in the poll, I can put it up. As much as I'd like to do a poll with only your submission :P 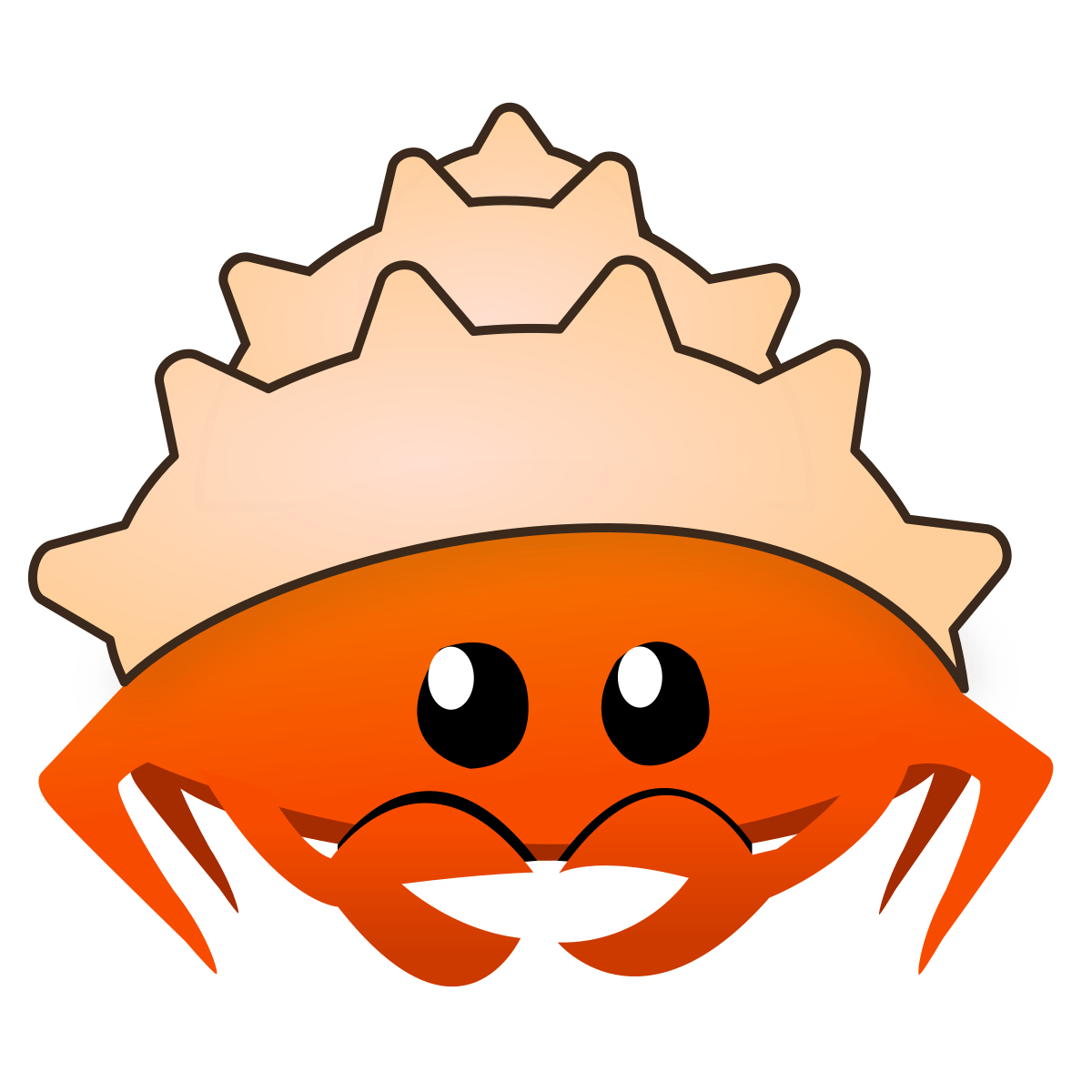 There were definitely more links than those two. Are we sure those are the only two we want in the running?

maybe give a last last call on the GitHub issue

There were other submissions... from us two :sweat_smile:
Looking through the history of github issue, you have already done a last call in January

OK so to clarify, those are the only two submissions we want to count? No submissions from anybody besides you guys?

(and you don't want to submit other of your own designs?)

I'm fine with the one. maybe give others a bit to respond via the GH issue then cut it off

Give us your opinion! Which should be the logo for the @rustlang Secure Code Working Group? Vote here or on GitHub: https://github.com/rust-secure-code/wg/issues/1#issuecomment-471732538 Option A: https://bit.ly/2CeAqBt Option B: https://bit.ly/2HeYAjm @rustsecurecode #rust #rustlang

I'll keep the poll open until tomorrow, but I doubt it'll swing by then.

I like that one because it has gear teeth on the shell, sort of like the Rust Gear logo

@Tony Arcieri Whenever you get the time, I guess you can go ahead and put that logo in the appropriate places. @Shnatsel should we have an SVG version of it? Do you have one?

The SVG is already attached in a zip file on github: https://github.com/rust-secure-code/wg/files/2933464/hermit-ferris-hires-vector.zip

And... hermit Ferris won? Wow. I was prepared to lose.

otherwise we can just check them into the WG repo

Whatever makes the most sense to you.

probably just the WG repo for now, considering it doesn't really have anything else in it

https://cosmos.network/launch if you're curious... has Rust-powered key management by your truly :wink: