I gave up on naming https://github.com/rust-secure-code/safety-dance and instead started opening issues about crates we want to audit, as well as the ones audited already.
Output of cargo-geiger on reqwest crate is horrifying - it's mostly red, with smallvec, arrayvec, slab and even custom locking primitives with a total of 3 stars on github. I started opening issues just for transitive dependencies of reqwest but had to stop short. So if you ever need more crates to look at, just sift through transitive dependencies of reqwest and open issues on that repo.

Oh yeah, good point. @Tony Arcieri could you put a license on the repo and also provide a source / proper credits for the image?

Re: notes on patterns: sort of. I guess I should start putting these in the repo itself.
Mostly I'm noticing missing safe abstractions, documented here: https://github.com/rust-secure-code/safety-dance/issues/1#issuecomment-513589145
But there is one cool pattern I've been shown recently: https://github.com/sile/libflate/pull/39/files
Used to be set_len(), then I've opened a PR that started zero-initializing the slice, and then someone else showed me this trick with writing to a vector from a Read impl but still making it bounded

Seems bad -- io::Read's docs say you can't do that

Yeah, docs started advising against that just recently, after I complained to RalfJung about that

I'm pretty sure reqwest still does it

I am attempting to (vicariously) ask the artist for permission. If I can't get it I'll remove the image.

re: licensing, should we just do the standard Apache-2.0 OR MIT?

sure, or even simply MIT I think would be fine

_a_ license is the important bit here :)

Yeah I don't particularly care about the license either. Apache+MIT sounds good.

regarding the Safety Dance logo, I have it on the word of a Rust core team member who contacted the original artist that it is in the public domain

@Shnatsel in which case, do you think it's ready to tweet? or were you planning on doing a blog post or something first?

Yay! Love the Safety Dance logo. You are all free to use my analogy to dancing across hot coals in explaining why the "dance" metaphor is appropriate.

@Shnatsel if you make a blog post, be sure to link to the video :wink: https://www.youtube.com/watch?v=AjPau5QYtYs

Seems bad -- io::Read's docs say you can't do that

that is, unless you know the Read impl that is being called, and made sure it does not and will not (in the future) read from buf

Introducing the Rust Safety Dance, a project by the Secure Code WG to audit and potentially eliminate usages of unsafe from core ecosystem (and other) crates: https://github.com/rust-secure-code/safety-dance https://twitter.com/rustsecurecode/status/1153698020724113409/photo/1 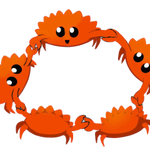 I'm not planning to make a blog post. Sadly I don't have the time, with being offline for a while and all that. I can help out again late August - early September.

@Shnatsel no worries, I was just curious if I should wait to tweet the link to the blog post first, if there were one. but... too late! already just tweeted the repo, and @RustLang retweeted it, so I think we're good

any thoughts on this? https://github.com/rust-secure-code/safety-dance/pull/15

Sounds good to me

I've seen reference to a number of crates that help people avoid unsafe, like take_mut, owning_ref, and rental. Is safety-dance a good place to start cataloging them, like a "how to avoid unsafe" guide?

sounds like a good idea to me. maybe put them in the README or perhaps a separate .md file linked from the README...

does this mean they have been reviewed carefully by someone who is not their primary author to make sure they are not unsound?

Are there any qualifications you need for writing that blog post? I could find someone to write it for you and put it on the blog post.

@Florian Gilcher not particularly, just enough background on what the project is and what its goals are to promote it

Are you guys aware of the list we (the UCG WG) are maintaining at https://github.com/rust-lang/unsafe-code-guidelines/issues/158 ? As part of safety-dance y'all are seeing a lot of real-world unsafe code out there, and I think (if that's something you'd like to do) it would be very helpful to use that to "cartograph" the less clear corners of the Rust unsafe code rules. Don't hesitate to open a thread in the UCG stream here on Zulip (#t-lang/wg-unsafe-code-guidelines), open an issue in the UCG repo or Cc me (@RalfJung on GH) when there are questions about whether some concrete piece of unsafe code is UB or not.

I'm going to kick safety-dance into a higher gear by promoting it on Reddit. Before I invite more people to join I want to get the docs and processes up to scratch. Please check this out and let me know if it looks OK to you:
https://github.com/rust-secure-code/safety-dance/issues/20

@Shnatsel just make sure you wait a little bit... Reddit is currently having a ton of issues due to the us-east-1 outage

Good call. It's gonna take a while for me to write some docs anyway. Probably not gonna post until tomorrow

Initial trophy case up: https://github.com/rust-secure-code/safety-dance/pull/23
Just the stuff I've been involved with for now, to establish the structure. Once I merge this everyone is encouraged to add their contributions!

OK it's merged. Please open PRs for your contributions!

I've opened a PR to update mission statement for safety-dance, please let me know if it makes sense or if it can be improved: https://github.com/rust-secure-code/safety-dance/pull/28/files

Safety dance is getting so much attention that we're almost done with the crates we've picked for auditing already! We need some more popular crates to look at!

And that's before I even started widely promoting it. It's never even been posted to Reddit

What I really wanted to say is "Please throw some more crates at it!"

the amount of unsafe relative to the complexity (and the fact that headers are such an easy thing for an attacker to poke at) always made me really worried about https://github.com/hyperium/http/blob/master/src/header/map.rs

i can file an issue for it after lunch i guess, or someone else can

that's most of the unsafe in that crate last time i looked, but it's... large, complex, and the unsafe seems to rely on a bunch of tricky invariants

Everyone: looks like safety-dance is almost ready for wider promotion! We just need to pick more crates for auditing - most of what we have picked on the issue tracker is already partially or mostly done.

Please add some important crates! (But preferably not async ones because those are under a lot of churn right now due to upcoming async/await)

@Shnatsel if you're interested in doing a Safety Dance blog post, @nikomatsakis was talking about setting up a shared "Team Blog" where we could promote it

I do think we could use a WG blog to announce stuff like safety dance. Partly because I'm annoyed by the popups that Medium shows these days.
I'm not 100% confident it's a good idea to put it under rust-lang.org domain. It makes it a bit too official for my liking, too much responsibility.

For example: I am mostly single-handedly driving safety-dance, and if I mess up I kinda want it to be just me who messes up, or a relatively obscure WG, and not the entire Rust org as a whole

Or maybe I should just get more people to sanity check whatever I'm doing with safety dance, then we'll be fine

" it would require a fixed-capacity Vec-like view of memory. I'll need to write an RFC for one at some point." @Shnatsel

what does that mean exactly?

Actually, heapless::Vec will not work because it's always on the stack while we want to have a non-owning view of arbitrary slice of MaybeUninit<T>

This abstraction really needs to be in std because we need multiple crates to agree on it. For example, flate2 would both pass it to miniz_oxide backend and accept such a view from client code, so we have a stack of 3 different crates passing it to each other

does io::Cursor on a fixed-sized array work?

Uuuh, sorta? I'm not sure if it's OK to have MaybeUninit<T> as the backing storage for Cursor.
And you would still need some unsafe to e.g. get the initialized portion as a slice, or apply changed length to Vec when the backing storage came from a Vec, but that might be possible to encapsulate. Still, doesn't sound very obvious or ergonomic to me.

nice post. seems to be garnering a decent amount of attention

Yeah, seems to be working. After the flop of the 2019 goals blog post I was afraid I was losing my touch, but apparently not :sweat_smile:

By the way, people seem to like the safety-dance name and logo, so thanks to @Tony Arcieri for finding those!

Heapless offers static
// in a static variable
// (because const-fn has not been fully stabilized you need to use the helper structs in
// the i module, which must be wrapped in a tuple struct)
static mut XS: Vec<u8, U8> = Vec(heapless::i::Vec::new());

This is relevant to our interests: https://github.com/rust-lang/rfcs/pull/2802